How Metinvest’s Pokrovske Coal Has Overcome Challenges of War

Over almost a year of war, the units of Metinvest’s Pokrovske Coal have proved that they can operate effectively in difficult conditions. Andriy Akulich, general director of the enterprise, explains how exactly. 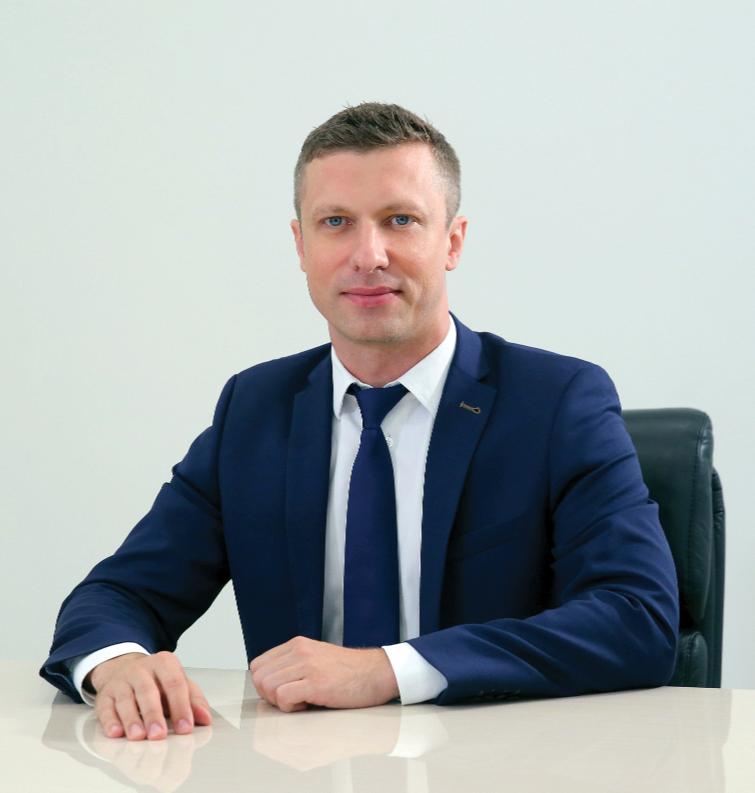 The year 2022 has come to an end. It was not easy for all Ukrainians. The war has caused tremendous grief and suffering for civilians. Cities have been damaged and many enterprises are closed in the Donetsk region. The whole country has had to adapt to life in war conditions. How did Metinvest’s Pokrovske Coal transform its production?

Like all other Ukrainian businesses, the enterprise found itself in critical conditions. It was necessary to make decisions and act urgently, because the main assets of Pokrovske Coal are coal mining units that automatically became those working for the defence of the country. As such, we immediately set up a headquarters, where we worked out all the issues related to safety at production sites.

It was necessary to develop logistics in wartime conditions, including cargo and passenger transportation, which are vital for the operations of units. We had to manage the supply of imported spare parts for some of our assets, for example, the Sviato-Varvarynska Beneficiation Factory, where 90% of the equipment is manufactured by foreign companies. We took care of all this in the first weeks of the war, because no one could predict what the situation on the front line would be. In case of air raid alerts, shelters were arranged at each facility. We prepared stocks of medicines, drinking water and long-life food, and provided warm clothes and sleeping places. In other words, we did everything that war conditions necessitated.

We did not stay away from other people’s problems. From the first months of the war, the drivers of the transport directorate were involved in helping in hot spots. Ten buses and crews participated in the evacuation of civilians from Mariupol and Volnovakha. I thank them for the heroic endurance and extraordinary courage that they showed in life-threatening conditions.

I should also mention the curfew. Our facilities worked 24/7. After the introduction of restrictions, where possible, employees were transferred to single-shift work. Others were provided with special passes. The first months were extremely difficult.

Mass evacuation started. Almost 1,000 employees of Pokrovske Coal have joined the Armed Forces of Ukraine. All this complicated the work of units. We had to stop some work, while we also reduced the number of industrial sites and shifts, as well as combined teams to avoid stopping the operations of facilities.

Of course, the scope of work planned for the year underwent significant changes. However, in early June, the situation improved. We started hiring actively, and employees who had been evacuated returned. As such, the production process stabilised in the summer, and we were able to fulfil production targets.

All units of the enterprise are city-forming. This means that the majority of taxes from production goes towards developing and supporting communities. How much did the facilities contribute to the region and the country during this extremely difficult year?

We have always worked and will work for the welfare of the country. And we are proud that the units of Pokrovske Coal provide jobs for the residents of communities where they operate. At present, we are not operating at full capacity, so the total tax contribution has slightly decreased. However, in addition to taxes, there is still charitable assistance. Since the beginning of the full-scale war, Metinvest Group has allocated more than UAH2.8 billion to help the population, the state and the army.

Despite the shutdown of several enterprises in Mariupol and Avdiivka, Metinvest remains one of the largest taxpayers and a reliable pillar of Ukraine’s economy. Including associates and joint ventures, in the first nine months of 2022, the Group paid almost UAH18 billion in taxes and duties to budgets of all levels in Ukraine.

In addition to taxes, Metinvest has always helped to develop the social sphere in the cities of its presence. And since the first days of the war, Pokrovske Coal has been actively helping the army and supporting healthcare and socially vulnerable people. What has been done during this time?

From the first days of the war, we have directed all our resources to help civilians and bring the victory of Ukraine closer. Volunteers of the enterprise’s facilities immediately organised humanitarian aid points, where they collected clothes, shoes and other essentials. As part of the Saving Lives humanitarian project, employees and veterans of our units, families of mobilised servicemen and socially vulnerable groups of the population regularly receive aid.

All medical institutions in the cities where the Group operates have repeatedly received necessary life-saving medicine and baby food from Metinvest. Generators to ensure uninterrupted power supply were installed on the territories of hospitals. With our help, these installations have been reinforced with metal boxes to protect them from missile strikes.

Aid to the military is another area of our joint work. The main task is to provide defenders with modern gear. Every tenth body armour vest that protects our military is made of Metinvest’s steel. Employees who are defending Ukraine in combat positions have also received body armour vests and helmets.

Four special metal structures manufactured by Metinvest have been installed in Pokrovsk. They will help to strengthen trenches and save lives of soldiers. The Group has also supplied 10 modern drones worth almost UAH1.5 million to units where employees of the enterprise are fighting. In total, Pokrovske Coal has allocated more than UAH15 million to support the army. We help to build fortifications and provide heavy machinery, bulldozers, excavators and vehicles. We provide construction materials and solve fuel issues. The position of Metinvest and its shareholders remains unchanged since the early days of the war: it is to help Ukraine win the war. Maximum effort, capabilities and resources of the business are channelled toward this goal.

Despite the military action in the region, all facilities of Pokrovske Coal continue to operate, develop production and provide work to those who want it. An important addition to employment is a social package. The enterprise also provides training at its own expense. And this is at a time when most businesses in the Donetsk region are reducing production. How do you manage this and why does the enterprise need it?

Our facilities are working and increasing their pace, and they need new employees. We not only employ, but also provide the opportunity to enter a new profession. The enterprise provides transfer to the workplace and free accommodation in a dormitory for shift workers. In addition, the salary at our facilities is the highest in the region. There is also an additional payment of 50% for work in the Pokrovsk community.

Notably, the geography of job seekers has significantly expanded recently. People come to us not only from different cities, but also from other regions. People from Mariupol, Volnovakha, Avdiivka, Kramatorsk and Kryvyi Rih work at the facilities of Pokrovske Coal. Among them are colleagues from enterprises of Metinvest that are temporarily idle. Together and individually, they contribute to common work and hope that peace will come to our country.

What does the future hold for Metinvest next year? After all, it is a pillar of support for the employees of the facilities of Pokrovske Coal and for the whole country. This has become especially important during the war, when we all have begun to appreciate what we have. What are your development plans for 2023?

The Group’s main priority remains the life and health of employees who support production. As such, we will continue to take care of the safety and wellbeing of our people.

As for the development strategy, we will continue to produce high-quality concentrate and therefore support Ukraine, Metinvest, our employees and the Pokrovsk community and its residents. Each additional tonne of coal is a significant contribution to strengthening the backbone of Ukraine. After all, the success of the entire Group depends on our effective work.

The year of challenges, resilience and cohesion: 2022 is being summed up at Metinvest's Kryvyi Rih GZK

Metinvest CEO Yuriy Ryzhenkov: on the results of 2022 and plans for the victorious year of 2023

The past year was extremely difficult for Ukrainian steelmakers. What economic and business scenarios is the country’s largest metallurgical company preparing for?