The year of challenges, resilience and cohesion: 2022 is being summed up at Metinvest's Kryvyi Rih GZK

In 2022, Ukraine had only 54 days of peace. The rest of the time was gloomed by the war. From the first hours, it fundamentally changed the way of life of the entire country. Political, social and economic spheres were forced to act in new conditions and realities. The Ukrainian mining and metallurgical complex holds the production frontline with new meanings and despite the challenges. In Kryvyi Rih, GZK of Metinvest Group, despite problems with exports and restrictions on electricity consumption, continue to work on the production of high-quality iron ore products and pay taxes to the budgets of all levels. In parallel with the main activity, enterprises take care of the protection and safety of their employees, provide assistance to the military and perform a great deal of humanitarian work.

The goal of production is premium class products 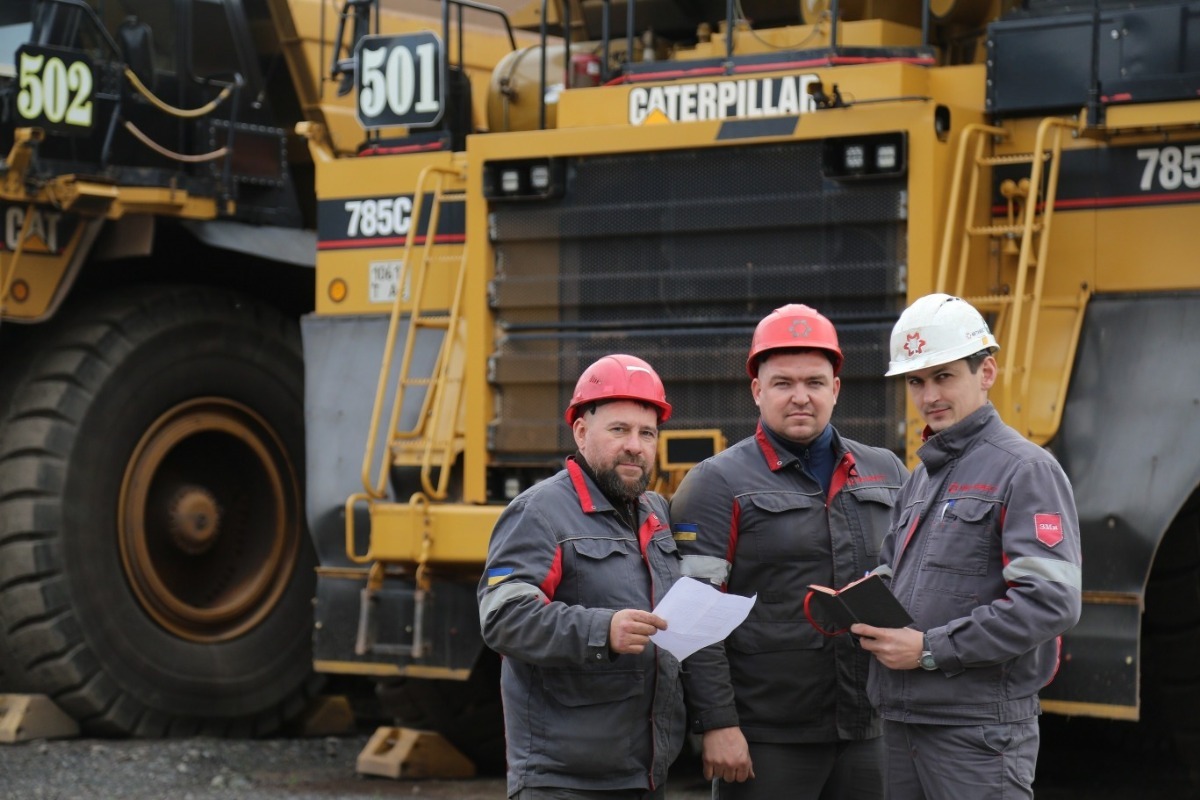 Mining and beneficiation plants entered 2022 with big production plans and projects. But since the end of February, they had to change the format of work, maneuvering between obstacles, but maintaining the maximum possible production volumes. The difficulties of work in wartime motivated enterprises even more to direct efforts to improve the quality of iron ore products. Having redoubled their efforts, the producers and technologists of Inguletskyi and Northern GZK managed to increase the iron content in the concentrate to 68-70%. This became possible due to the selective extraction of ore and the adjustment of technological process modes at beneficiation factories. This year, the Central GZK continued to produce concentrate with an iron content of more than 70% and pellets of 67.5%, which are in demand on European markets.

Both during the period of work and during the forced downtime of production at the enterprises, technical maintenance was carried out and equipment was repaired. The proper condition of mining machines was taken care of. Before the beginning of the winter period, the enterprises carried out all the necessary measures to prepare for work in the cold period. The war is a temporary phenomenon, the miners are sure, so they are preparing to work at full capacity soon.

Employee safety is the first priority

Occupational and industrial safety has always been and remains a priority for Metinvest's Kryvyi Rih enterprises. However, in February 2022, issues of civil protection became on the same level as production issues. Due to the threat of bombing and shelling, the need for reliable shelters on the territory of the GZK has increased. From the first days of the full-scale war in Ukraine, enterprises started preparing protective structures for the stay of a large number of people. The underground shelters that each workshop has, were put in order, comfortable places for employees to stay were arranged,  necessary furniture and mattresses brought. A sufficient supply of long-term storage products, potable and technical water was formed, communications, power supply generators and small stoves were provided in each bomb shelter.

In total, about 70 equipped shelters can accommodate up to 18,500 people. At present, they are used not only for employees during an air alert. Also, pre-medical aid provision training, initiated by Metinvest, was conducted there. In total, more than 700 employees took such courses at the company's Kryvyi Rih enterprises. Special teams have been formed from them, which will be able to provide first aid to victims in the event of an emergency situation. 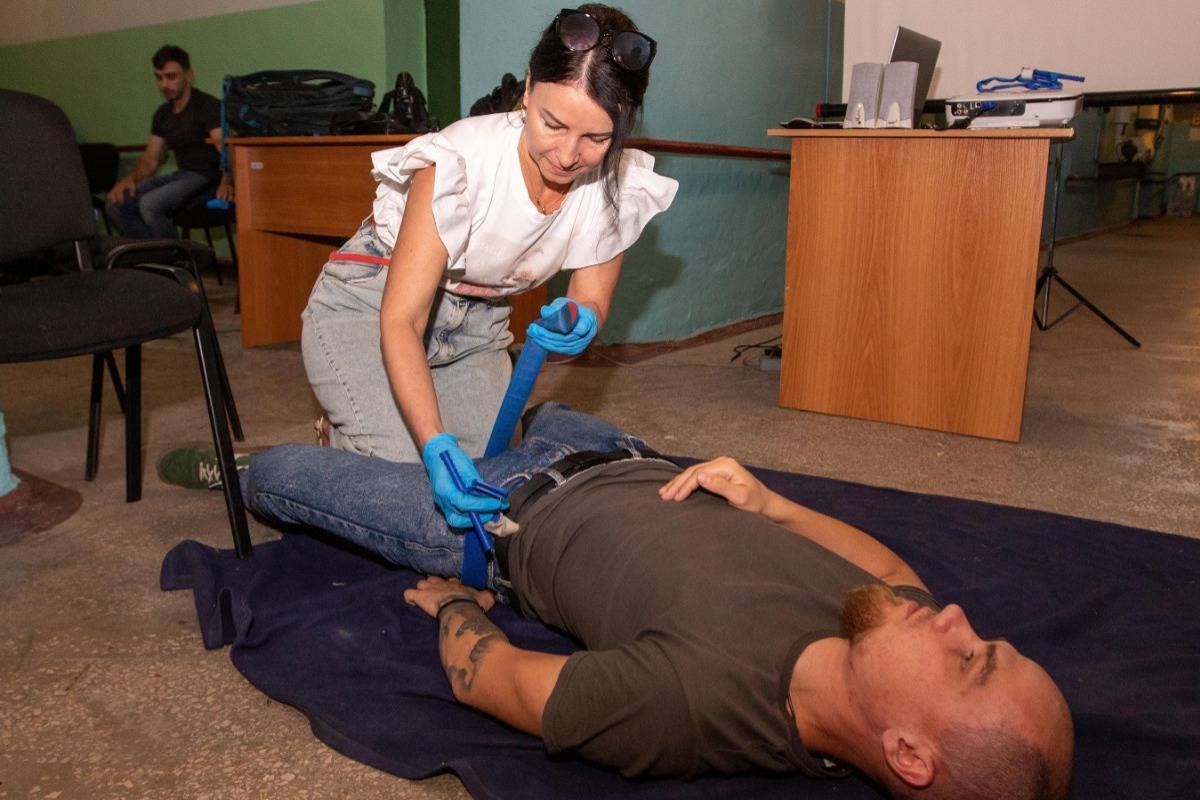 The support of the army brings victory closer

For the eleventh month, the Ukrainian army has been courageously liberating the occupied lands from the Russian invasion and protecting the sky. Metinvest companies have been working for the same amount of time for the common goal of victory. They provide a reliable support and actively help the military. The mining and beneficiation plants provided equipment and materials for the construction of the echeloned defense of Kryvyi Rih, provided thousands of tons of sand, screening, crushed stone, hundreds of concrete structures and tens of hundreds of timber units in the first months of the war. The enterprises also helped equip the locations of the military, handed over block modules and wagons, connected electricity, and provided the defenders with the necessary household items.

As part of Rinat Akhmetov's Steel Front military initiative, Metinvest's Kryvyi Rih enterprises produced more than 12,000  anti-tank and anti-personnel obstacles, more than 5,000 plates for body armor from certified special steel produced by the company's metallurgical enterprises. Since the summer, the production shops have intensified work on the production of cast-iron stoves in order to provide the defenders with heating in the cold period. By the end of the year, the number of manufactured stoves reached 800 pieces. Also, the production of mobile shelters for the military was established at the Kryvyi Rih enterprises of Metinvest. So far, 33 modular blindages have been produced to protect soldiers on the front lines. Mobilized employees of the company are provided with military accoutrements sets - Kevlar helmets, body armor and thermal clothing. 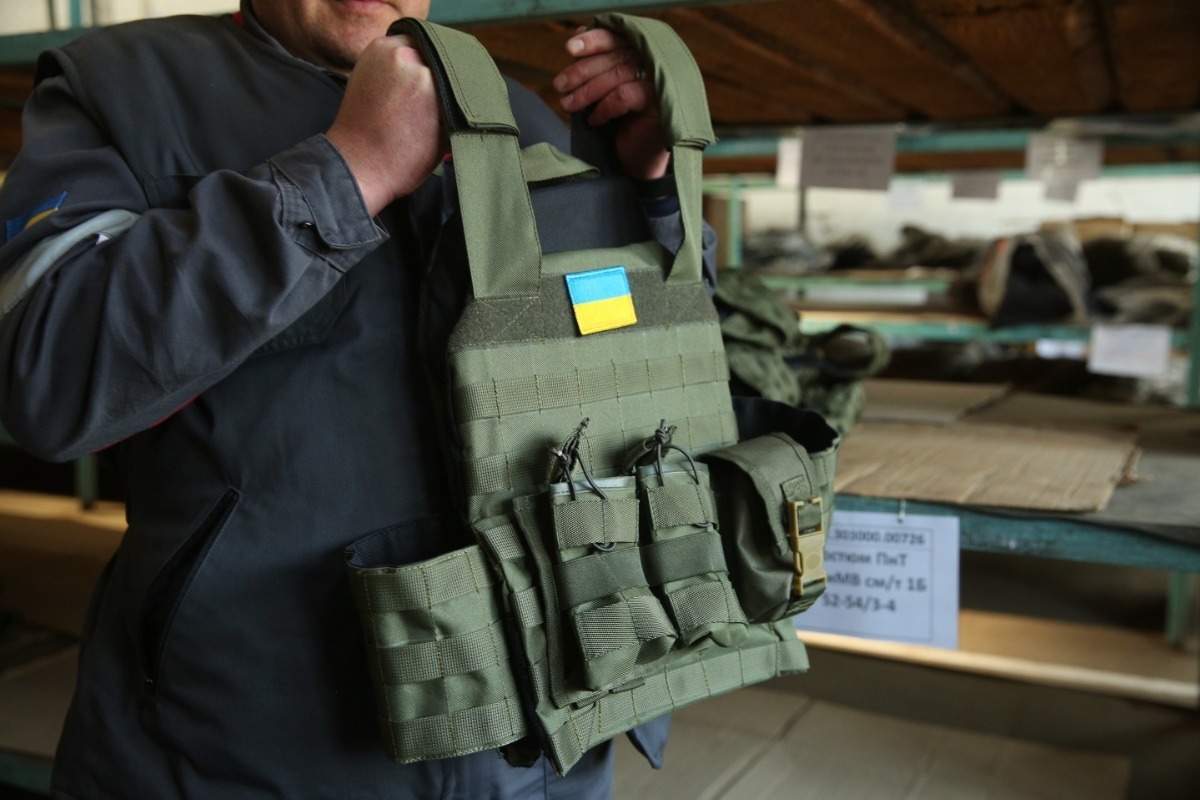 Since the beginning of the war, the humanitarian movement in the country has developed rapidly - from local volunteer initiatives to powerful projects aimed at preventing the humanitarian crisis. About 350,000 Ukrainians have already received an aid as part of the "Saving Lives" project created by Metinvest in coordination with the Rinat Akhmetov Foundation. 1,143 tons of vital goods arrived in Kryvyi Rih over the period of the full-scale aggression. In the humanitarian hub operating on the territory of the Central GZK, the workers of the enterprise formed 135 thousand food kits for displaced persons, representatives of vulnerable segments of population, families of mobilized people, retired workers of Metinvest's Kryvyi Rih enterprises, as well as residents of 10 territorial communities of Dnipropetrovsk, Kirovohrad and Kherson regions.

Metinvest provides financial support for the construction of shelters for displaced persons in Kryvyi Rih. Foods were purchased, sleeping places were equipped, and the room was prepared for the cold weather due to the funds allocated. The aid also goes to territorial communities of Dnipropetrovsk and Kirovohrad regions, where places for temporary accommodation of people have been created. Thanks to business support, building materials, bedding, dishes and household appliances were purchased. 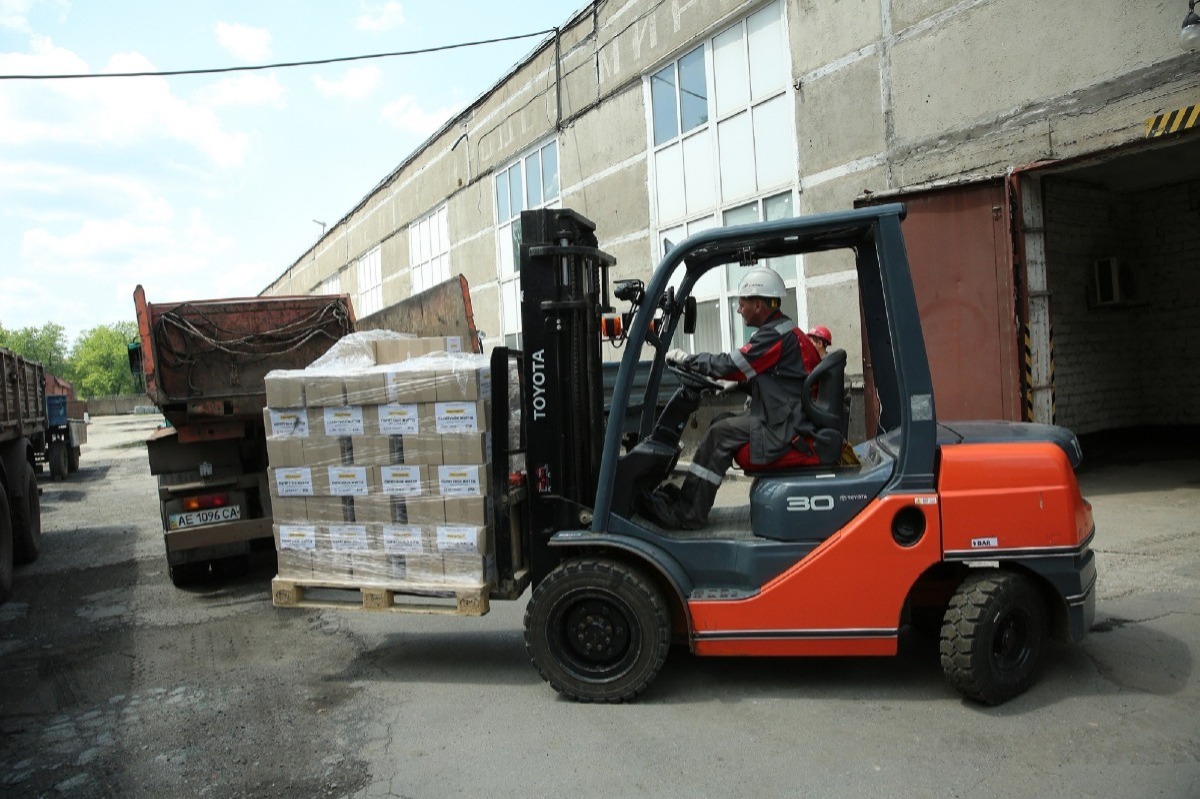 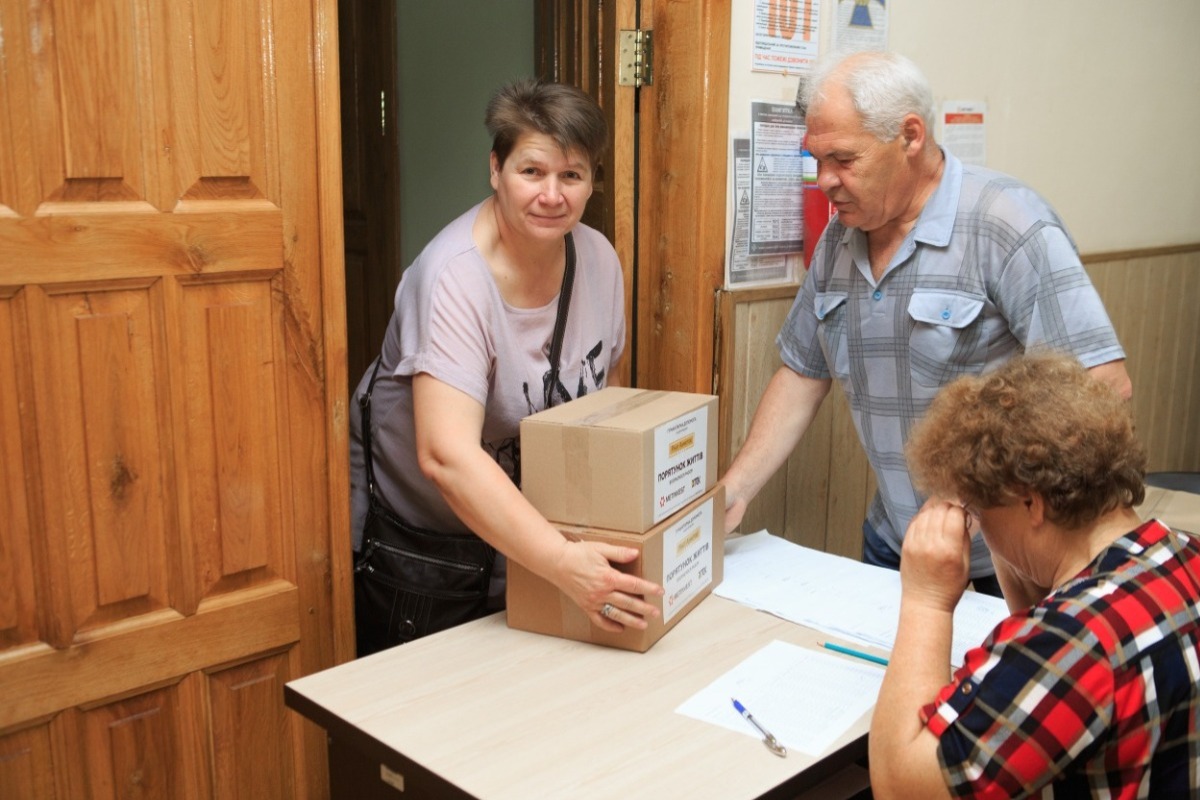 The medical sector of Kryvyi Rih receives a lot of support from Metinvest and the humanitarian project "Saving Lives". Since the beginning of the war, shipments of medicines, consumables and medical equipment worth 61 million hryvnias have been organized to Kryvyi Rih medical centers operating as military hospitals. This expanded the possibilities of providing timely and high-tech surgical care to the wounded and treatment of combat injuries. Also, three specialized vehicles were purchased at the company's expense for the Kryvyi Rih ambulance station.

The year is coming to an end, which made the Metinvest team steel-clad. This was a time of rethinking, testing for durability, humanity and principles. The company plans to maintain production as much as possible and is ready to resume work. Metinvest remains and will further on remain a strong pillar of the country, supporting its economy and army as much as is needed for victory.