First aid skills are an integral part of modern training of servicemen of the Armed Forces of Ukraine. They help keep the wounded alive until qualified medical care can be provided. In wartime, the number of Ukraine's defenders has grown significantly, so the need for qualified medical training for the military has also increased.

In Ukraine, tactical medicine is being developed by the PULSE charitable foundation, founded at the beginning of the full-scale invasion of the Russian Federation. Among other things, specialists provide training for the Armed Forces of Ukraine and other military units. Thanks to the financial support of donors, training for the military is free of charge.

The PULSE mission is supported by Metinvest Group. As part of Rinat Akhmetov's Steel Front military initiative, Metinvest has already allocated UAH 4 million for the development of TCCC. All funds are used to the organization of training in the war zone. Funding makes it possible to provide a material and technical base for training: quality materials to practice skills, logistics, and payment for instructors' services.

From March to November 2022, more than 10,000 servicemen received basic tactical medical training from PULSE instructors. In total, there is a training need of approximately one million people.

Now the PULSE instructors are simultaneously working in several areas, including in the rear of the troops defending Donetsk region. In particular, servicemen of the 35th separate marine infantry brigade named after Rear-Admiral Mykhailo Ostrogradskyi.

"Almost all our medics were involved in the training. Most of them have great experience, which they gained during the ATO/JFO. But there were also those who had just completed a two-week first aid course, which has become especially valuable for them. I hope that we will be able to organize simulation trainings more often, because they make it possible to support our medics in constant combat readiness", noted the major of the medical service Oleh PALAS. 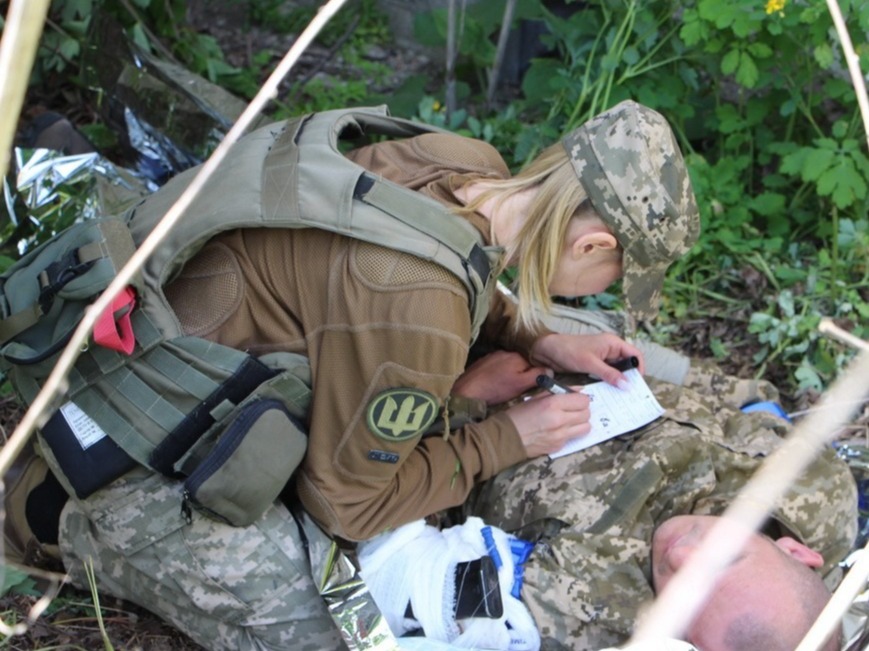 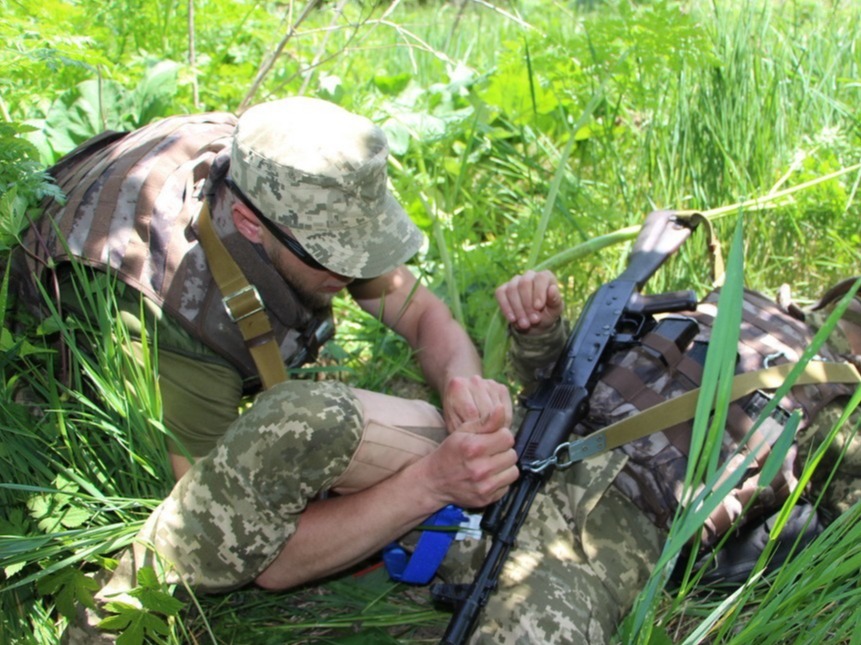 The purpose of training from PULSE is not just to provide basic skills for providing self- and mutual aid on the battlefield, but to make the Ukrainian military training system identical to the American one - according to the TCCC (Tactical Combat Casualty Care) protocol.

"The American army in Iraq and Afghanistan has the highest percentage of soldiers who survived to the number of wounded in world history. They had only one death per 10 wounded. And that's where the TCCC medical system was implemented. This is the best result in the entire history of wars, and these are the numbers we should strive for. To do this, PULSE instructors are currently training people in the fields, practising skills, and consultants are supporting the development of tactical medicine in units, forces, services and subdivisions", said Fedir SERDYUK, founder of the PULSE charitable foundation.

The training for the military is designed to develop practical skills, enabling to render aid in difficult, dangerous and stressful conditions. Modern tourniquets, hemostatic and dressings, various equipment to ensure respiratory tract patency, occlusive stickers and needles for decompression, warming and anti-hypothermic equipment, etc. are used for training. A variety of mannequins and simulation equipment is also used for training purposes. 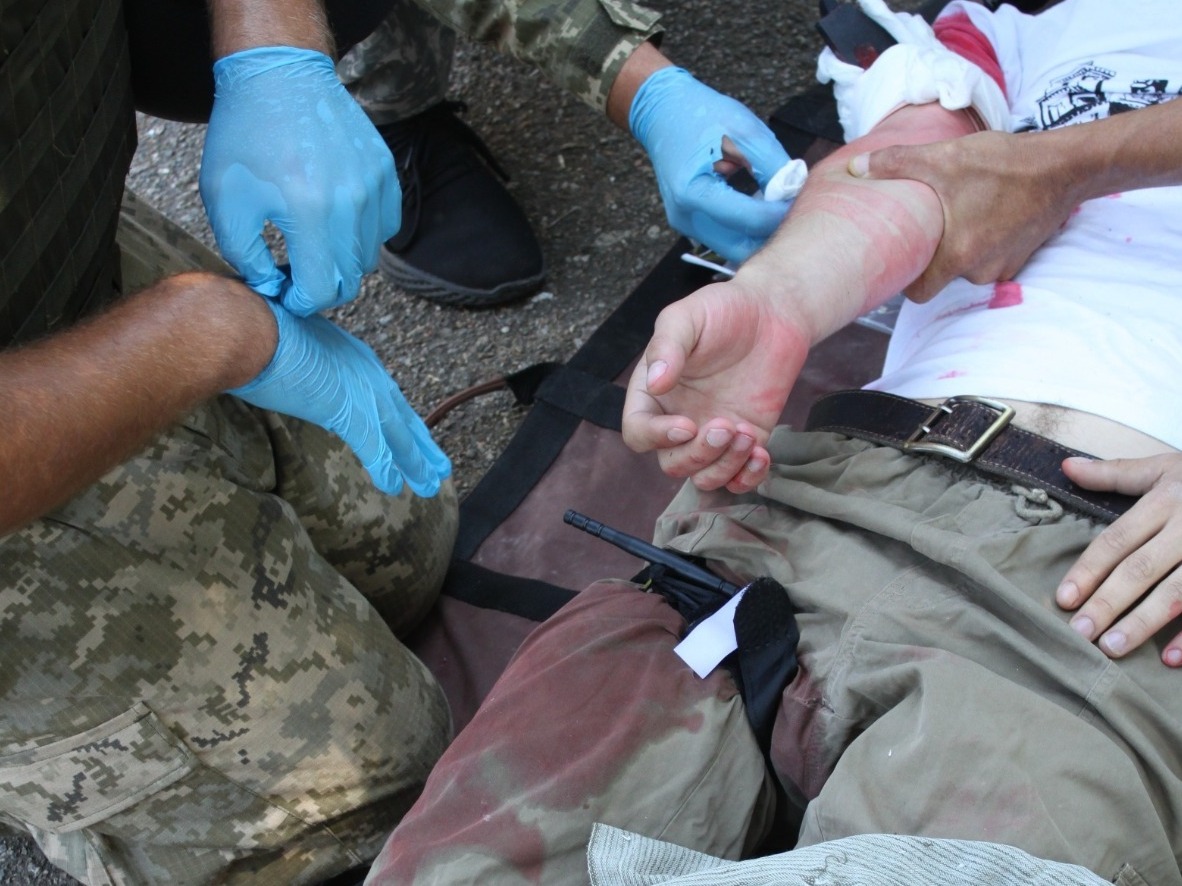 The strategy of the PULSE to support the Ukrainian Defenders in the development of tactical casualty combat care includes the training and coordination of instructor groups within the Armed Forces of Ukraine.

"As part of Rinat Akhmetov's Steel Front military initiative, Metinvest Group is doing everything it can to ensure that as many defenders of Ukraine as possible return home. During the eight months of the full-scale war, the company has contributed more than UAH 1.4 billion in aid for Ukrainian army. In addition to ammunition, tactical equipment, means of transportation and protective structures, we also send medical cargo to the front. In particular, more than 31,5 thousand blood-stopping tourniquets and first-aid kits have already been handed over. But equipment and materials alone are not enough to save lives under hostilities. It is important that soldiers have the necessary knowledge and skills. That is why we have supported the PULSE initiative that trains our defenders on tactical combat casualty care. Qualified timely medical assistance is of crucial importance for saving a victim with a combat injury", noted Yuriy RYZHENKOV, CEO of Metinvest Group.

Let us remind that Metinvest also organized first aid training for employees of the Group's enterprises. So far, more than 2,000 employees from Zaporizhzhia, Kamianske, Kryvyi Rih and Pokrovsk have been trained by professional instructors of the FAST company.

Rinat Akhmetov: "I am proud that Azovstal is our bastion of resistance in Mariupol